Read Next
Finding Resilience and Hope in Apocalyptic Times: A Q&A with Barbara Rossing

In late January 2017, the Doomsday Clock was advanced closer to midnight by the Science and Security Board of the Bulletin of the Atomic Scientists. As explained by physicist Lawrence M. Krauss and climatologist and former Navy admiral David Titley, members of the Bulletin of the Atomic Scientists, "the global security landscape darkened as the international community failed to come to grips with humanity's most pressing threats: nuclear weapons and climate change." This is the closest the clock has been to midnight since 1953.  USA Today calls the Doomsday Clock "a symbolic countdown to the end of the world."

While the Doomsday Clock's countdown to the end of the world may be symbolic, the scientists' urgent warning about climate change and nuclear war is not. Pope Francis uses apocalyptic language to warn of the perils of climate change: “We are at the limits. If I may use a strong word I would say that we are at the limits of suicide."

Even when recent hurricanes and wildfires— intensified by global warming— destroy lives and homes, powerful leaders refuse to change the dangerous course we are on.

How we can face the future with hope, when we and our Common Home, the Earth, are “at the limits of suicide”? This is a crucial question for Enhancing Life today. Several scholars in the Project work on how to help people address climate change, drawing on religious and ethical traditions. Unrestrained growth in fossil-fuel emissions would be suicidal for our world's future. But how do we help people and communities envision the future very differently, so they can move towards it with hope and courage?

Hope for the future—the theological category called "eschatology"—plays a vital role in people's spiritual life. Multiple eschatologies contend for our imaginations and allegiances—and some future visions can be highly problematic. Enhancing Life must include naming and resisting those visions that endanger our world.

As a biblical scholar, I seek to learn from early Christians and how they resisted dangerous claims of the Roman Empire with alternative, life-giving visions for the future. The Roman Empire proclaimed its own official political eschatology of Roma Aeterna—Empire without End—as evidenced in its images, monuments, and slogans. I saw this Roman eschatology first-hand, on an archeological trip to Greece and Turkey. Everywhere we went we saw statues of Nike, the winged goddess of military victory. 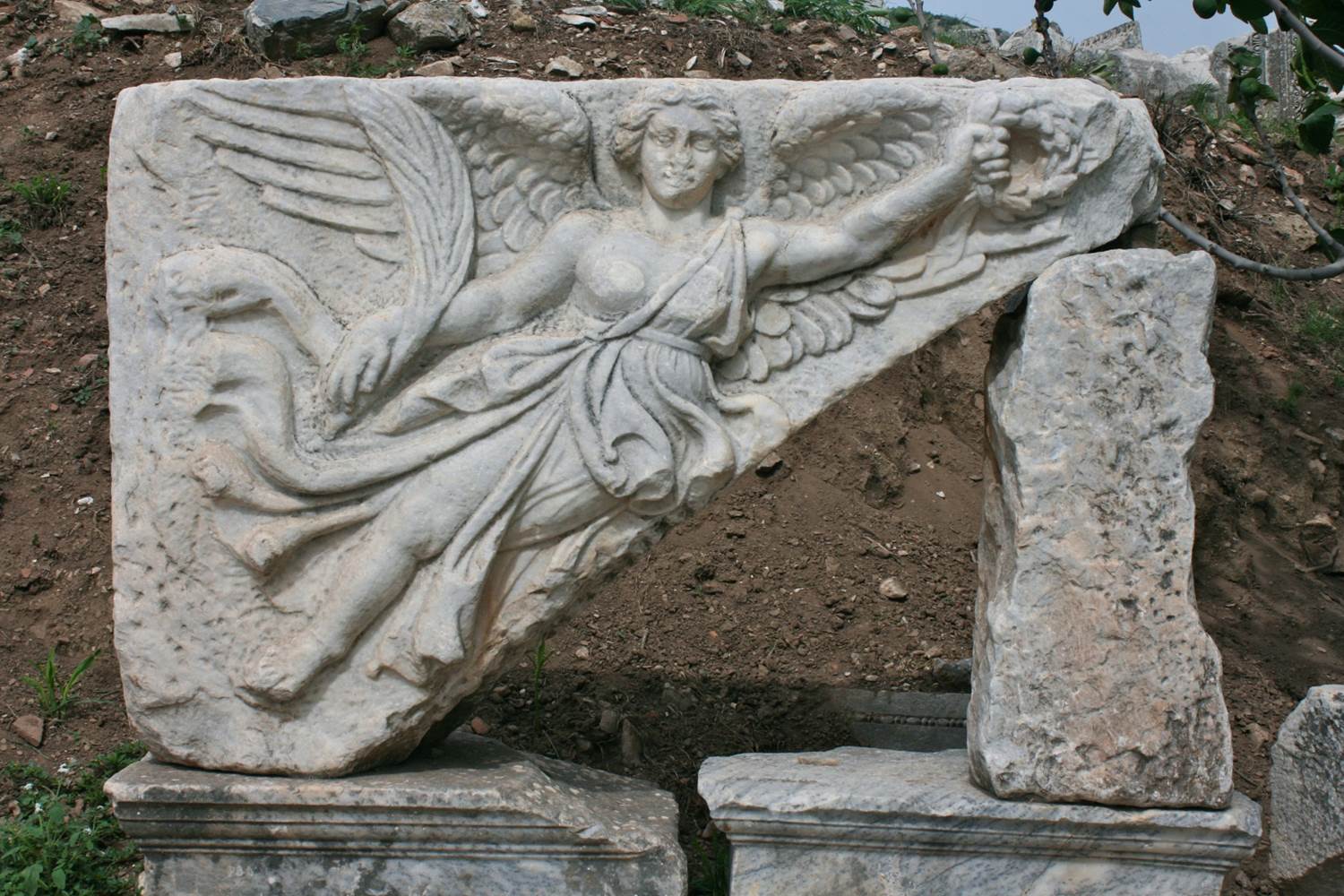 The Column of Trajan in Rome is perhaps the most grandiose, with its upward spiraling sculptural narrative, depicting endless war and conquest, enslaving lands and peoples. The message of the spiral is that the Roman Empire system can and will continue forever, world without end.

To these visions of eternal Roman conquest, early Christians said “No.” As Jürgen Moltmann reminds us, eschatology announces not the end of the world itself, but “the end of the system of this world.” (Farley and Jones, 189). Early Christians anticipated the end of the unjust imperial system with declarations that the "end of the age" had come. They critiqued "rulers of this age who are doomed to perish" (1 Corinthians 2:6— a not-so-veiled political criticism of Roman imperials rulers, as seen by the reference two verses later to the rulers' having crucified Jesus, 1 Cor 2:8). Most importantly, early Christians resisted propaganda of eternal Roman domination and conquest with powerful biblical counter-images of beauty and transformation: images of joy, paradise, healing, community, compassion, and abundant life. 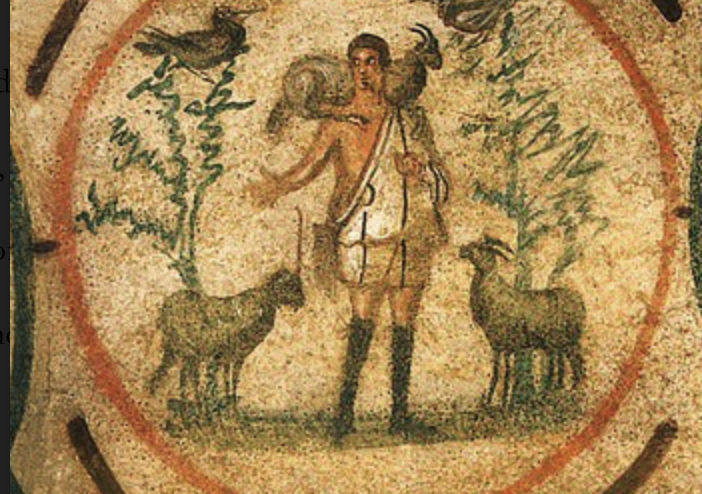 Earlier this year, newly-restored fresco paintings by early Christians were unveiled in the  catacombs under Rome. The  second-and-third-century catacomb paintings from the Domitilla Catacomb show images of hope—peacocks, vines, bread-sharing, and biblical stories of community and healing. Even in times of hardship, catacomb artists imaged God's future not in terms of the final judgment (an image not found in art until medieval times) or doomsday, but as loaves and fishes, vines and fruit, the Shepherd and Lamb, and stories of Jesus. Pictures of women abound—water of life for the Samaritan woman at the well, the woman healed when she touched Jesus's garments, and scenes in which women preside at a eucharistic meal as priests. Early Christian artists loved Bible stories—Jonah and the fish, Noah and the ark, Daniel and the lion's den, scenes of healing and resurrection. 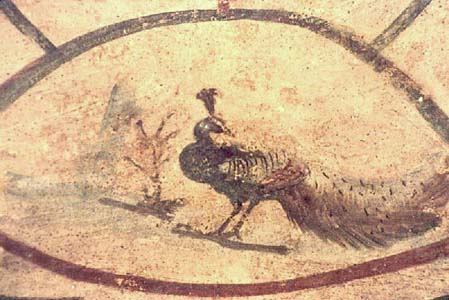 "This assurance of salvation fueled Christian resistance to Roman oppression and sustained love for the world, despite its many difficulties... From feasting in paradise, they took strength to embody ethical grace in the world—the world that God so generously loved."

Paradise was not about leaving Earth behind to go to Heaven, but rather about courageously resisting false claims with a lifestyle of ethical grace and healing. Early Christians created an alternative community vision, right in the midst of empire.

As I continue my Enhancing Life research, I want to learn from these early Christians' experience of generous love and inebriating grace how to resist false claims of empire, with healing visions for today.  With the Doomsday Clock at two and a half minutes to midnight, what are our next steps?