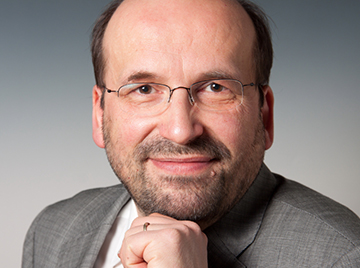 Thomas holds a chair for Theology specializing on Systematic Theology and Ethics at Ruhr-University Bochum / Germany. He received his doctorate in theology from Heidelberg University and a second doctorate in sociology from Tübingen University.  He was a principal investigator on a multi-year research initiative, “Interpretation of Illness in a Post-Secular Society,” and managed several interdisciplinary projects funded by research grants. He was a fellow at the Center of Theological Inquiry / Princeton, gave the McKay-Lectures in Taipei/Taiwan, and is visiting research professor at the University of Stellenbosch / South Africa.

He works primarily in 20th century Protestant thought, constructive theology, eschatology, theological and medical anthropology, and in the field of religion and media. His key interest is  interdisciplinary exchange between theological concepts and other distinct disciplinary discourses (terms such as ‘ritual’, ‘witnessing’, ‘imagination’, ‘finitude’, and ‘enhancing life’). He has co-edited several volumes, i.e. on the relation between theology and sociology, on religion and illness, on finite life and Christian hope. He has published articles in numerous professional journals. Currently he is editing a volume on the question of whether Christianity is still a religion of redemption, and finishing a book on anthropology. His research for The Enhancing Life Project is a theological exploration of the spiritual laws embedded in the transformative unity of love, faith, and hope.